Statistics of UXO contamination in Vietnam

Vietnam is one of the countries severely laden with war legacies. One of the them is tens of thousands of tons of unexploded ordnance (UXO) scattering throughout the nation.

It is estimated that about 800,000 tons of UXO remain uncleared in all regions of Vietnam, covering the areas of nearly 6.1 million hectares contaminated and possibly contaminated with UXO, accounting for 18.71% of the country’s total area.

All 63 out of 63 provinces and centrally-run cities are contaminated with UXO at different rates.

Since 1975, UXO has killed more than 40,000 people and injured 60,000 others. Most of the victims were breadwinners in the families, ethnic minorities, and children. 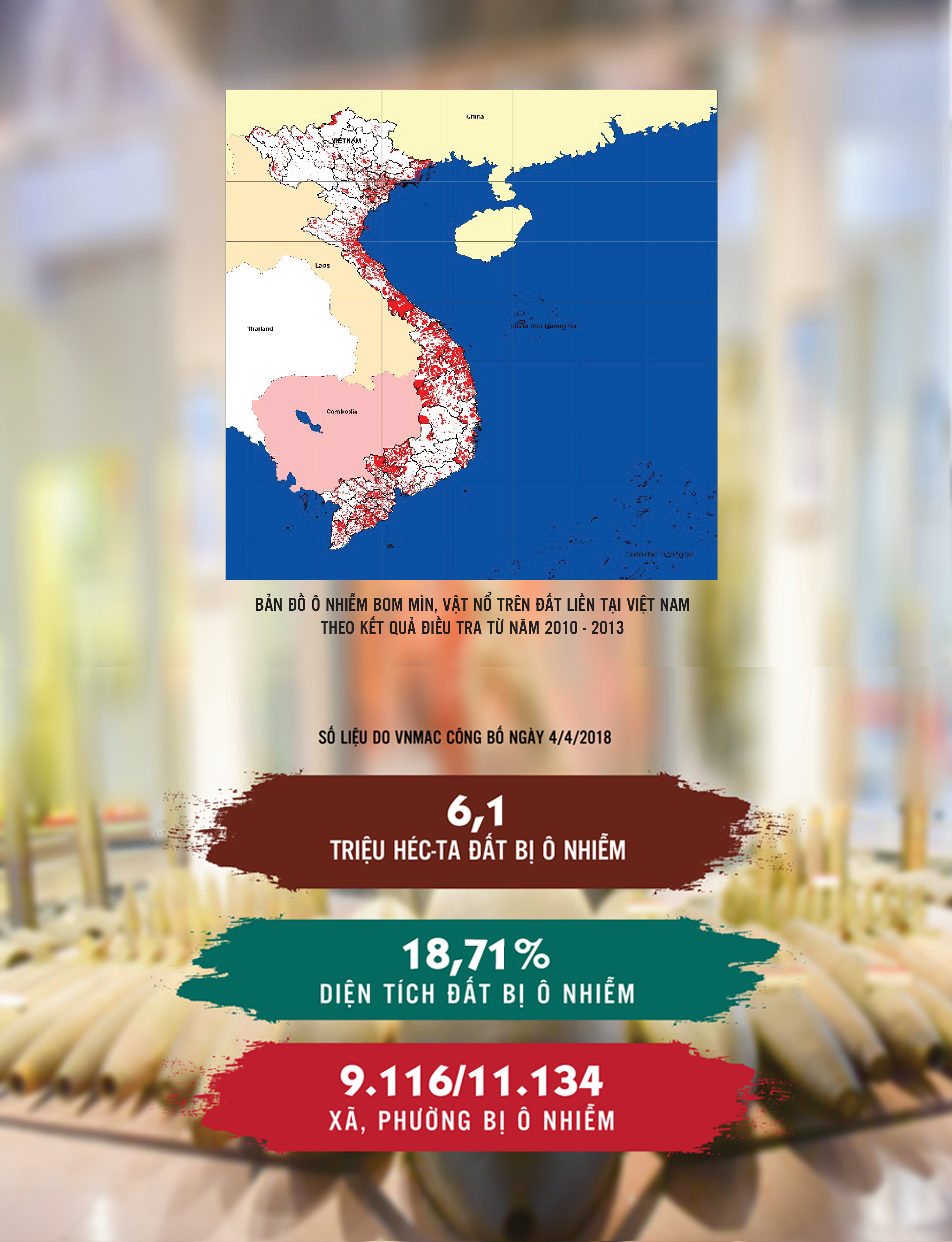