Although the war has ended for tens of years, currently, severe consequences of bombs and mines and UXO have still dragged on, affecting the human health and the living environment in many areas of our country. Many people have either lost their lives or suffered the loss of their bodies’ parts, or even have lost their beloved ones. It is really heartbreaking to see the lives of war invalids, wounded soldiers, and little children exposed to injuries in the aftermath of wartime landmines and UXO. At the same time, consequences of landmines and UXO contamination have possibly hindered the socio-economic development and posed challenges to the realization of Vietnam’s sustainable development goals.

The Ministry of National Defense is tasked with the Standing Office responsible for coordinating with ministries, agencies and localities to advise the Prime Minister regarding the handling of important and inter-branch issues with an aim to protect the human health, preserve environment and maintain safety for the socio-economic development of the country.

Ministries, branches and localities across the country have actively cooperated with many countries and international organizations to implement various projects to overcome the consequences of war - left landmines and UXO in Vietnam while performing investigation and evaluation, and dealing with landmines and toxic chemicals in some severely affected areas, such as cooperation project between Vietnam and the U.S. on dioxin remediation at Da Nang airport, the launch of the cooperation project between Vietnam and RoK on overcoming landmines and UXO consequences in Quang Binh and Binh Dinh provinces. Besides well implementing the policies of the Party and State, many local and international agencies, organizations and individuals have performed diversified and practical activities deeply imbued with humanitarian values to support and take care of victims of landmines/UXO and toxic chemicals to overcome the pains both physically and mentally.

These results are of great significance, contributing to raising public awareness of and care and attention for the work of overcoming the consequences of wartime landmines and UXO.

On behalf of the Government, I would like to warmly commend the joint efforts of agencies at all levels and localities. I would also like to express my sincere thanks to the supports and assistances of people, soldiers, organizations and individuals all over the country as well as foreign donors and international organizations who have shared the pains and losses and joined hands to help overcome the consequences of post – war landmines and toxic chemicals in Vietnam.

I also highly appreciate the Standing Office of the National Steering Committee for Overcoming the Consequences of Chemical and Explosive Remnants of War for collaborating with the Vietnam Television, the Ministry of Labor, Invalids and Social Affairs, and Hanoi Municipal People’s Committee in organizing an exchange program on joining hands to overcome the consequences of landmines and UXO in Vietnam, along with a number of practical activities in response to the International Day for Mine Awareness and Assistance in Mine Action (April 4) launched by the United Nations since 2005. In particular, the Vietnam National Mine Action Center has released the wartime bombs and mines contamination map in the first phase in Vietnam, showing more clearly the real situation, challenges and necessity for accelerating the handling of war - era bombs and mines in Vietnam.

In the hope that Vietnam would become a country that is no longer exposed to the aftermaths of landmines and UXO in terms of socio-economic development while creating a safe environment for people, the Government asks agencies at all levels to make greater efforts, develop awareness and take resolute action to overcome the consequences and quickly reduce areas contaminated with bombs and mines and toxic chemicals while well performing the work of accident prevention and actively supporting victims. In that spirit, I urge all members of the Steering Committee, the standing office as well as leaders of ministries, agencies and localities to maintain close coordination, actively advise and propose solutions for the implementation in accordance with their assigned functions and tasks, as follows:

Firstly, it is necessary to consider the work of overcoming the consequences of landmines and UXO an urgent task, showing the deep humanity while contributing to properly protecting lives, health and safety for people, at the same time, cleaning up the environment and offering favorable conditions for localities affected by landmines and toxic chemicals to develop socio - economy sustainably.

Secondly, it is necessary to continue reviewing and completing the policies on overcoming the consequences of landmines and UXO, especially assistances in medicine and employment for victims and related ones while taking better care of the lives of people affected by landmines and UXO.

Thirdly, it is critical to intensify cooperation with other countries and organizations at home and abroad so as to fully mobilize all resources for the settlement of the consequences of landmines and UXO in an effort to jointly help improve the living conditions and render supports for victims of landmines and UXO to integrate into the community.

At the same time, it is crucial to further boost the mass dissemination with an aim to raise public awareness of and responsibility for preventing and controlling landmines and UXO accidents as well as mitigate bad effects of post - war toxic chemicals.

On the occasion of the launch of the Steering Committee and the exchange program today, on behalf of the Vietnam’s Government, I would like to thank and recommend all nations, organizations and individuals inside and outside the country to continue offering assistances in the spirit of humanity, to let no one behind, joining hands with the Government and people of Vietnam to overcome the consequences of war - left landmines and UXO, for the sake of a safe life for all people, contributing to developing socio - economy and well realizing the millennium goals set by the United Nations.

Thank you very much./. 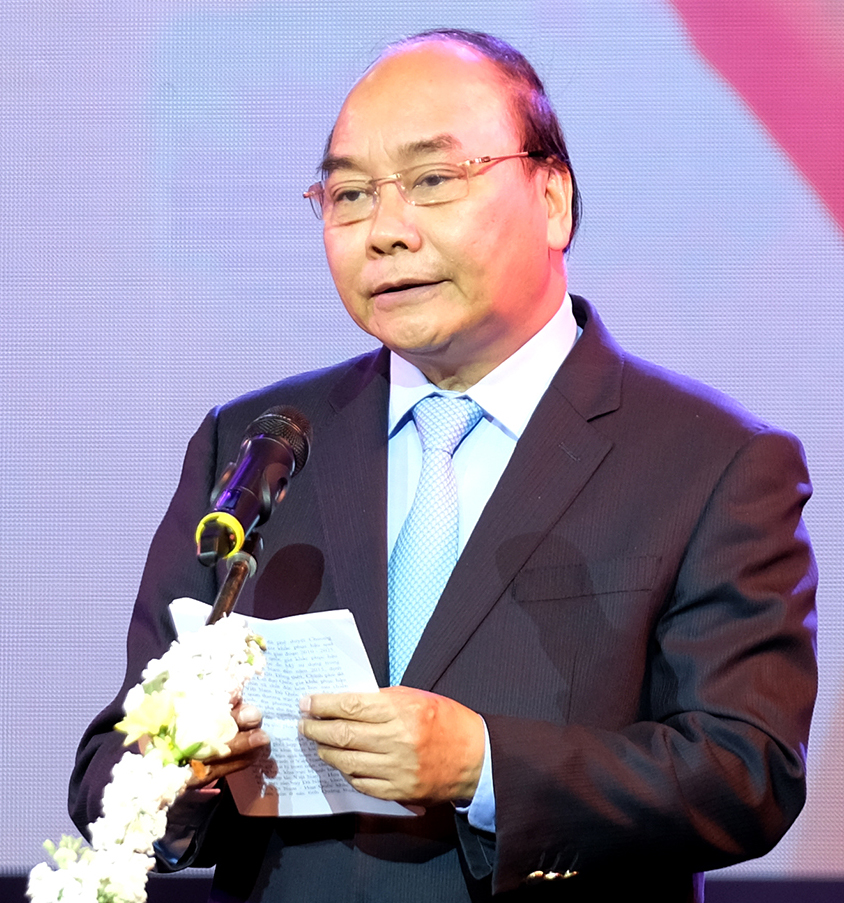 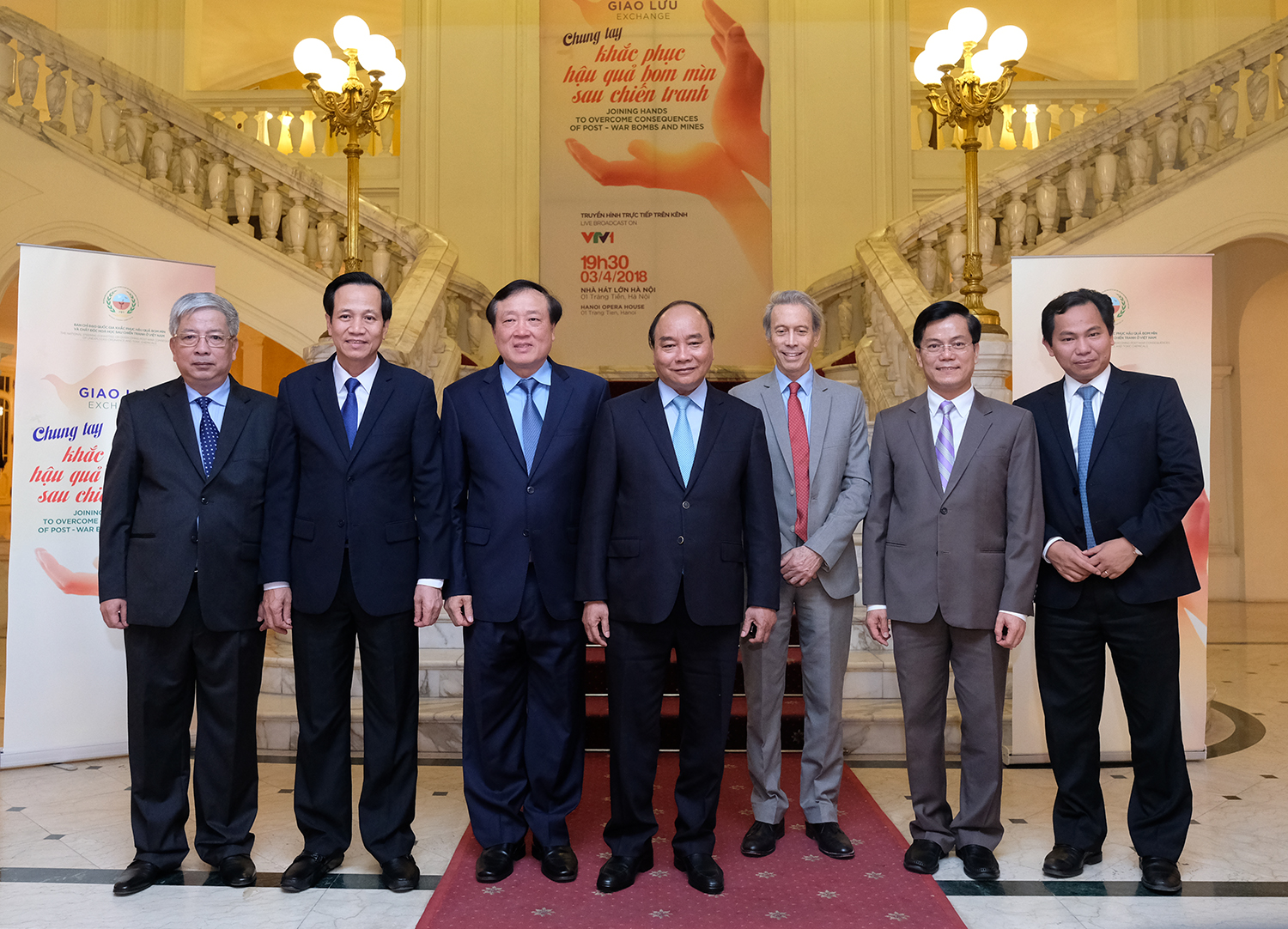 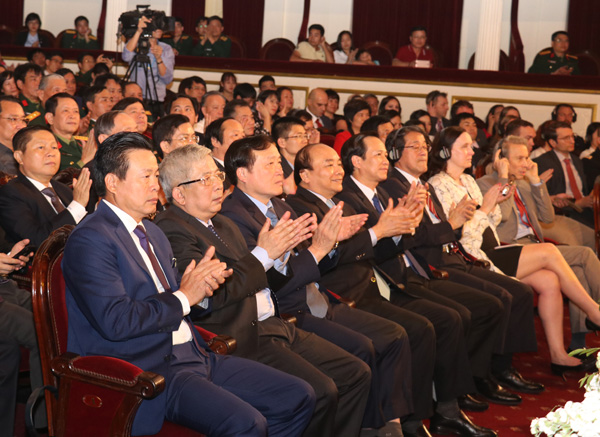